One of my favorite songs in high school was “Blind Faith” by Warrant (a sadly underrated hair band that everyone should google). My friend Jeff included it on a mix tape, and I listened to it until it was eaten by the stereo in my mom’s car. Though the song was certainly not intended to be a life lesson, I went forward thinking about what ‘blind faith’ meant in my life.

It happened again last week. The elevator door was about to close, so I stuck my arm in the narrow opening to keep it from closing. I do this all the time...in fact, it usually takes someone in the elevator to comment before I even realize I’ve put one of my limbs in harm’s way. I don’t focus on the risk...I just proceed with blind faith that by taking action, I can affect change. In the elevator, it’s trivial change (until I lose an arm), but the next set of doors may be closing in on something bigger...a dream, a movement, a difference...and if I don’t stop them from closing, who will? 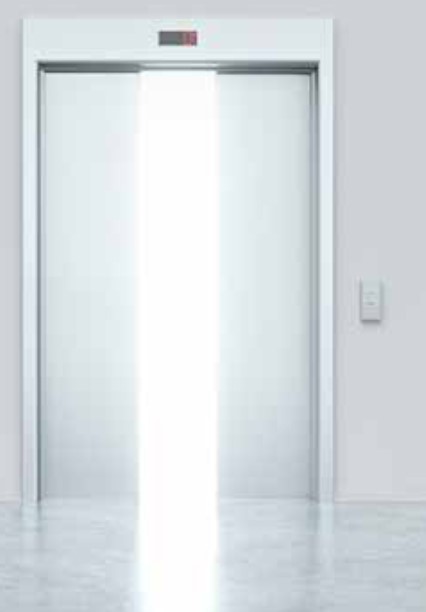 And so it goes with leadership. As I reflect on the great leaders I’ve known, I can immediately think of so many times when they faithfully stuck their arms in the closing doors because action simply HAD to be taken. No time to stop and think, no time to put on protective gear, and no time to wait for the next car going up. There simply comes a time when someone has to leap – blindly – into the narrow windows of space and time in order to move the world forward. Sometimes that means speaking up when disrespectful things are being said...even if the person saying them ‘outranks’ you. Other times, it means stopping to re-evaluate a project that you had previously championed because it’s causing more harm than good. When blind faith takes over, it doesn’t matter that the doors are closing because you know for certain that you are doing the right thing. The doors may try to close in on you, but the threat of letting them slam shut is often far more frightening and we end up ‘should-ing’ on ourselves. “I should have...”

So I ask you...what happens when the doors are closing in your life? Do you always step back and wait for the next car because you’re concerned about how others will react to your actions? Because you don’t want to make waves or disrupt the process, or you don’t want to stickyour arm in where somebody else’s belongs? Without question, there are times and places in which it is appropriate to step back and wait...just make sure you’re not stuck in the lobby.

Blind faith is what happens when we are committed to our core values, including that of hospitality. Yours might be the voice that ends a stalemate or moves a process forward. Believe in your convictions and confidently stick your arm in the closing door. We need you.