Diversity Training – 10 Numbers that Make the Business Case for Respect, Value, and Care

Does your hotel or restaurant provide diversity training?  Why not?  Perhaps you did at one time, but the dropped it during the recession as a cost-saving measure.  Perhaps you feel it might be necessary someday, but only after Congress passes a new immigration law. Or perhaps you haven’t even considered it because you don’t think you have a diversity problem in your workplace or don’t see how this type of training could possibly help. 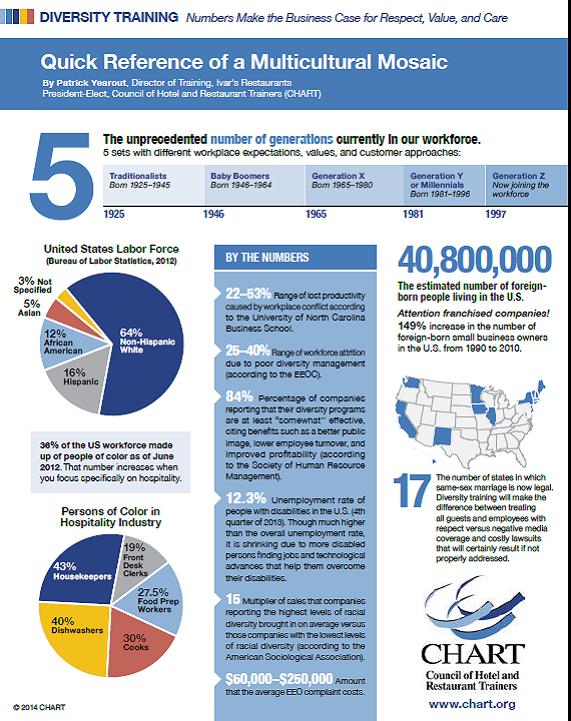 So when budgeting your training initiatives for the coming year, consider the inclusion of diversity training so that everyone in your hotels or restaurants (whether they are managers, employees, guests, or even applicants who have just dropped off a resume) feels valued, cared for, and respected, and that they understand the importance of treating others in that same manner.  Doing so will create happier employees who will want to work harder and contribute more to the organization, and it will create happier guests who will want to spend more at your business.

And just in case those first five numbers weren’t enough to convince you, let me give you a few additional numbers to better justify the business case for providing such training:

I’ll close with the same two questions I opened with: Does your hotel or restaurant provide diversity training?  Why not?