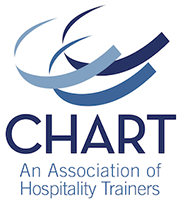 Every organization undergoes change, like the cliché says,”Change is inevitable.” Change can cause disruption to an organization and compromise its growth. But if managed properly, transition can go smoothly and leave everyone feeling empowered.

One definition of change management is: “A planned, managed, systemic process to change the culture, structure, leadership, systems, and/or behavior of an organization.”  That may seem like a tall order, but if broken down into its components, it can be an easily managed process.

Change is often viewed as a challenge. In order for change to happen, somebody has got to want do something differently.  Otherwise, why change?  Here’s a change equation to consider:

“A” represents “Dissatisfaction with the Status Quo

“B” represents “Compelling Vision for the Future”

“X” represents the “Cost of Change”

If anyone of the variables, A, B, or D equate to zero, there will be no change!

What causes change? Change triggers might be a new boss, a new role at ones job, technological change, new systems, reorganization, new program, layoffs, restructuring or new leadership, or a change in direction for a company.

Let’s face it, “Shift happens!”  There are three phases of any change in an organization. The first is the ending of an old paradigm. Then we enter transition which is often referred to as the neutral or “chaos” zone. Finally we have the beginning of a new direction. It is when we or the organization is in the neutral zone that it becomes critical that transition initiatives are managed properly.

Individuals can, and often experience change as a loss, even if the change is minor. People do not fear change, as much as they fear the loss that accompanies change. As with anything, people go through a grieving process around change.

The first phase is denial—“This can’t be happening to me.” The second stage is anger: “It just isn’t fair---why me?”  The third stage is bargaining: “If only…I could have one more chance.”  The next stage is depression: “Nothing ever works out the way I plan it.” Finally, people go into acceptance: “I can make this work.”

Productivity inevitably drops when a major change trigger is pulled.  People are at first reactive, they have a feeling of loss and are fearful of the unknown.  They then move into a grieving phase which leads to poor performance. This is all part of responding to the change. At the lowest point when performance is at its worse, people feel a lot of stress. But then things begin to shift. People look for alternatives and begin to have renewed focus and hope and productivity begins to rise again. This is where people become creative. Finally, there is true personal growth and productivity not only returns for previous levels, but can actually go higher.

Our roles as trainers, as leaders, is to minimize the impact of the drop in productivity, and eventually, in morale. It is our primary responsibility as leaders when any change is being implemented.

In the reactive stage, individual reactions will vary widely. People will be reacting to the loss of the familiar and will have an uncertainty about the future. Many will be in denial of the change and there will be heightened emotional sensitivity by most. There will be some signs of people pulling back or withdrawing and you’ll observe that few people are truly engaged in their work.

In the next stage, the responsive stage, people will start facing reality. Uncertainty about the future will prevail. A few people will still be in denial of the change, and people will react differently to how they should cope. Rumors will be flying and there will be even more signs of pulling back or withdrawing.

But then the creative stage will kick in. Some people will start to see opportunity. Uncertainty for those individuals will serve as a catalyst for movement. People will become weary of looking backwards. This is a fertile time for growth. Excitement about new possibilities begins to build. There will be an eagerness to move on to the new “normalcy”. And, new, creative, focused energy will start to build.

Finally, people will become productive again. Know that the productive phase will not occur until the other three phases are complete. There will now be a lower concern about the future. The change will now be generally seen as positive and people will have developed a new vision and direction. People will be engaged in their work again and have an emotional commitment to their work.

If change, as they say, is predictable, then so are the reasons that change efforts often fail. The trap doors of transition, according to change expert John Kotter, can be any of the following:

When leaders anticipate these trapdoors, understand the phases people and teams go through, put initiatives in place to minimize the impact of the change, and understand that individuals will go through change at different paces, organizational change will have a greater chance to succeed.